Elvis Mitchell on the Perennial Appeal of James Bond

LACMA’s newest exhibition . . . Is James Bond (opened just this past weekend in the Art of the Americas Building) pays homage to the iconic opening sequences of all twenty-two James Bond films. Organized by actor, the exhibition presents the sequences as unique and groundbreaking art separate from the films they introduce.

The James Bond films occupy an interesting place in our culture. No other tentpole movie has enjoyed the peculiar success that the James Bond franchise has. Likewise, no other character has attracted, at various times, the eye of talent that ended up not committing to the Bond films. There’s Quentin Tarantino (who flirted with making Casino Royale) and Steven Spielberg (who toyed with the idea of burning his brand onto 007; he demurred and later worked with the original Bond, Sean Connery, on Indiana Jones and the Last Crusade). Bond gave Mike Myers a career resurgence; Myers’s love for the absurdity of the premise —that some crazy evil genius investing so much to take over the world that he could just use the dough to start a new republic (or a corporation) was a fool’s errand—led to Austin Powers.

This is what I happen to love about 007: his indomitability as a character, which survives new years and new actors, they always find a way to bounce back from seeming oblivion, and for the oddest reasons. When it looked like Bond was over for the first time, after Sean Connery walked away (he earned his artist’s temperament after surviving the lurid camp of 1967’s You Only Live Twice), the result was one of the best films ever, On Her Majesty’s Secret Service. So what if it starred the least memorable Bond ever, the ski action sequences and Diana Rigg’s turn as Mrs. James Bond gave it life. In retrospect, it’s easy to see that she was doomed; Bond would probably have been at more of a loss if his cocktail shaker were misplaced. But given that Rigg had starred in The Avengers—not the version with the Hulk and Iron Man, but the 1960s British TV show about a couple of plucky spies fighting plummy villains bent on world domination, with a budget roughly equivalent to what the big screen Bond spent on cigarette lighters, it made sense to hope that the Bond producers would have kept her around. Any movie starring George Lazenby could use as much of her long-limbed, dimpled brio as it could stand.

After the cold war, Timothy Dalton kept the lights on with charisma that was shaken, not bestirred. Dalton was the most underrated Bond perhaps because he was forced to play the character as brittle and monogamous  (Dalton got to show more Bond-like aplomb as the bad guy in the limp fantasy film The Rocketeer than he ever did playing Bond). Ironically, his approach is the same one Daniel Craig currently employs to much greater success. 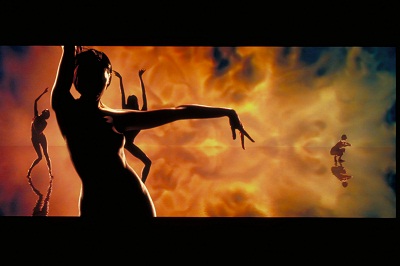 The fun of James Bond movies for me is that it’s a completely unrepeatable phenomenon. He came into being in movies because he embodied a purview that a sitting president adored—it may have been the only time that a president, in addition to his other attributes, could show the same kind of cool as pop culture icons Bond, Frank Sinatra, and Miles Davis and be admired for it, rather than envied. Not only has the opening credit sequence been one of the most inspiring and enduring ideas in the history of motion pictures, but add the fact that a film version of a 1960s Bond TV series imitation has kept Tom Cruise working (the Mission: Impossible films) And it’s even fitting that Bond’s fiftieth anniversary is also the year of the worldwide success of the Marvel Comics film The Avengers, since Marvel itself was touched by Bond in a roundabout way. Nick Fury was conceived as a Bond-like figure. And in the comics, the Black Widow (as played by Scarlett Johansson) was later reinterpreted as a comic-book version of Mrs. Peel , who, as I noted, hails from the TV show appropriation of Bond.

Perhaps the most unremarked upon element from the Bond films is something the series started that still lives on in big-budget action movies. I laugh about an hour into most high-ticket extravaganzas when the filmmakers seem to lose the thread of the plot—and even the cast seems to be standing around scratching their heads. It’s the moment when the movie stops making sense even in the limited terms that it needs to, and we’re so bored we’ve stopped paying attention, biding our time for the climactic action scenes that kick the film back into gear. James Bond was there first—a pioneer in ways that never occurs to most people to acknowledge.

This entry was posted on Monday, June 11th, 2012 at 7:00 am and is filed under Uncategorized. You can follow any responses to this entry through the RSS 2.0 feed. You can leave a response, or trackback from your own site.