A Curator’s 34-Year Journey: From “Happy’s Curios” to “Ken Price Sculpture: A Retrospective”

In the late 1970s, I was introduced to sculptor Ken Price by Betty Asher, then curatorial assistant in the department of modern art. Betty was an avid collector and a close friend of Ken and his wife, Happy. Fellow curator Maurice Tuchman and I were preparing a show of Price’s decade-long endeavor Happy’s Curios—which consisted of individual wooden units filled with exuberantly colored cups, vessels, and objects that celebrated and honored Mexican folk art.

I traveled to Taos then to see Price in the studio and to work with him on the catalogue and presentation.

More than thirty years passed since that initial visit. In 2009 I traveled to Taos again to visit with Ken in his new home and studio to discuss plans for this retrospective. He was already ill, and pretty much confined to his home and studio. But instead of limiting him, he turned the last three years of his life into some of the most productive of his career, creating hundreds of sculptures in the studio by painstakingly painting them up layer-by-layer, and then judiciously sanding down the surfaces to reveal astonishing layers of color. 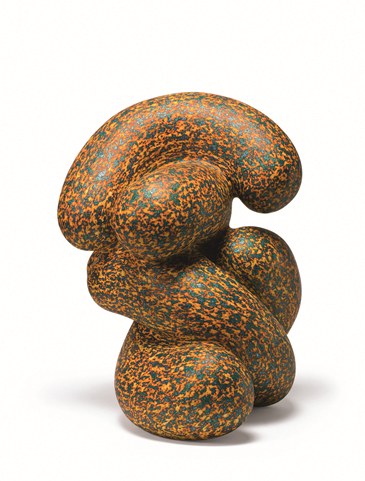 The journey of preparing this show and the accompanying catalogue has been an unforgettable adventure and privilege.  Our amazing team—architect Frank Gehry, who immediately accepted my invitation to design the show of his old friend Ken; catalogue designer Lorraine Wild, who had the great idea to invite Fredrik Nilsen to photograph the works; and assistant curator Lauren Bergman—made several trips to Taos to meet with Ken.

He was involved with us in everything, including the selection of works, how they were reproduced, and how they would be installed. Sadly, he died in February 2012, just months before the show opened. I’ve had the chance to work together with Frank Gehry on five shows since 1980.  This may be the most beautiful combination of works of art and installation design imaginable. Even though Ken never got the chance to walk among his retrospective of fifty-three years of work, I hope that we have given him the show his work deserves.

This entry was posted on Wednesday, September 12th, 2012 at 6:02 am and is filed under Uncategorized. You can follow any responses to this entry through the RSS 2.0 feed. You can leave a response, or trackback from your own site.

4 Responses to A Curator’s 34-Year Journey: From “Happy’s Curios” to “Ken Price Sculpture: A Retrospective”