East and West, Past and Present: Ai Weiwei’s Zodiac Heads

In ancient China one’s Zodiac sign was fixed by the position of the planet Jupiter during the year of one’s birth (it takes twelve years for Jupiter to orbit the sun). On this level, Ai Weiwei Circle of Animals/Zodiac Heads represents a system of measuring time and distinguishing characteristics of the human psyche linked to the heavens above. 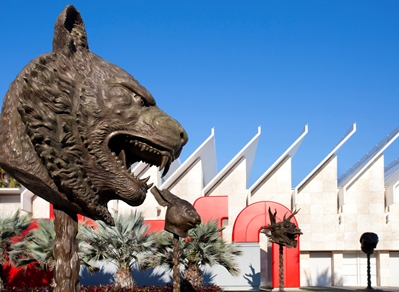 In the mid-eighteenth century the Qianlong Emperor, ruler of the Qing (Ch’ing) dynasty—a Manchu (not Chinese) by birth—was fascinated by European technology. On the condition that they not proselytize, he invited European Jesuit priests into the Forbidden City, where they worked as scientists, engineers, architects, and artists. These priests spoke, read, and wrote Chinese fluently; in this way they could easily communicate with the most eminent Chinese and Manchu scholar-officials in the Forbidden City. Sent to China by the Vatican with the mission of converting China to the Catholic Church (in which they largely failed), these priests nonetheless had an enormous influence on Chinese intellectual and artistic life.

Among the projects commissioned by the Emperor from the Jesuits was a grand palace known as the Yuan Ming Yuan, or “Palace of Perfect Brightness.” It consisted of a mix of styles: sections built in traditional Chinese wooden architecture and others made of marble, imitating such European palaces as Versailles. In front of one building in the European manner was a large fountain, with twelve animal-headed waterspouts. These functioned as symbols of the Zodiac and of the hours of the day (the Chinese measured the day in units equivalent to two Western hours, which when multiplied by twelve makes up a twenty-four hour day).

In an astonishing irony, in 1860 the entire Palace was destroyed and looted by British and French troops as part of military actions of the Second Opium War. Of the twelve original bronze heads, seven survive. In casting his new Zodiac Heads, Ai Weiwei carefully followed the style of the originals, but exercised considerable artistic license in designing the five heads whose models are missing (including the dragon).

Ai Weiwei’s Zodiac Heads are thus a multi-layered meditation on political power, the nature of time, and the often tormented relationship between China and West, at the same time calling into question the arbitrary nature of such concepts as “national treasure.” That all of this is accomplished with considerable humor is a tribute to Ai’s detachment. I am proud that LACMA is showing this work by one of China’s greatest artists and most courageous social critics.

At the end of 2003, as Editor-in-Chief of Art AsiaPacific magazine, I wrote of our cover artist for Spring 2004, Ai Weiwei, “well known in Asia, better known in Europe, and barely seen in New York.” Times sure have changed. Today Ai is known the world over as an artist and cultural activist of the highest order. While that article helped serve as one of several to introduce the artist to new audiences, Ai, born in 1957, has been making art since the mid-1970s. And he has been provoking authority ever since as a member of the Stars group, a collective of avant-garde artists based in Beijing in the late 1970s and early 1980s. 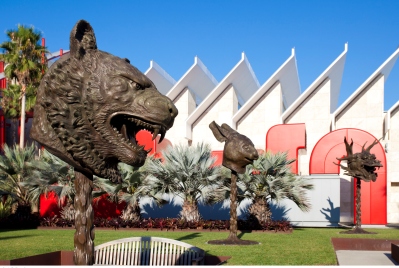 Known for using ancient pieces of art as readymades to be pierced, altered, distorted, and sometimes destroyed in the name of “making it new,” Ai is a conceptual artist who continuously probes history, using his art as a platform for the discussion of ideas. In 2000, during the Shanghai Biennial, he presented a solo show outside the official exhibition under the title Fuck Off. His work then and now reminds me of other tricksterish artists such as many of the European surrealists, including his hero Marcel Duchamp, or Andy Warhol, and his near contemporaries Jimmie Durham, Bruce Nauman, and David Hammons, born a generation earlier.

Referencing a work of art from the eighteenth century that was made by Chinese with Europeans and subsequently destroyed by Europeans in the Second Opium War in 1860, Ai’s Zodiac, made in China but presented in the Americas and Europe, has many layers of meaning. As an encyclopedic museum where contemporary artists often present works that probe the past and reflect on long histories, where our collection spans thousands of years and all the regions of the globe, we knew Ai’s work would fit right in.

Here at LACMA we thought Ai’s work would have a real resonance from the moment we saw the proposal for his first public sculpture, Circle of Animals/Zodiac Heads, which began touring last fall in São Paulo and now has been seen in New York and London prior to this week’s opening in Los Angeles. His knack for creating powerful images had a link to the group of iconoclasts currently occupying half of the third floor of the Broad Contemporary Art Museum: Andy Warhol, John Baldessari and Jeff Koons. In addition to those artists, large-scale works of art going up on campus this fall include a new work by Michael Heizer, Levitated Mass, which along with Chris Burden’s Urban Light and Ai’s Zodiac Heads put a focus on public art and its presence here on our campus.

The twelve monumental bronze sculptures from Ai Weiwei’s Circle of Animals/Zodiac Heads arrived at LACMA earlier this week. LACMA’s art preparation and installation teams have been working hard to unpack and wake these sleeping giants–some of which weigh nearly a ton.

The animals arrived two by two...

Unfastening the first of the sculptures--the ram. 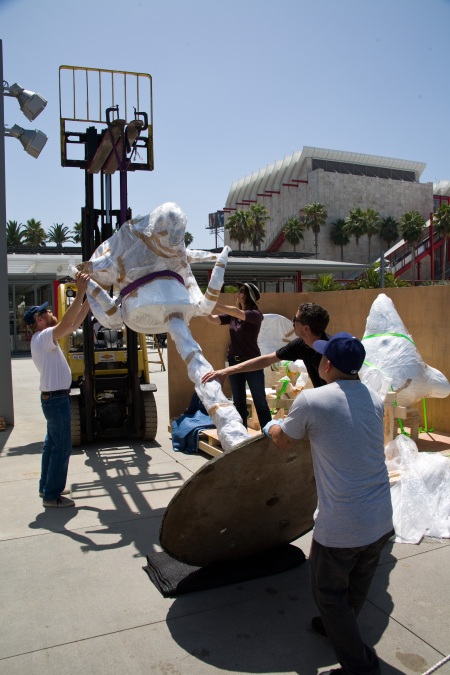 Four installers plus one crane slowly lift the ram. 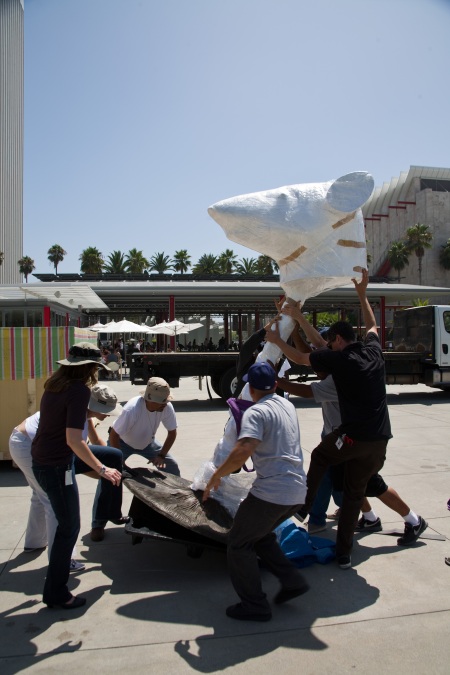 Next step is to unwrap and place the sculptures into position. 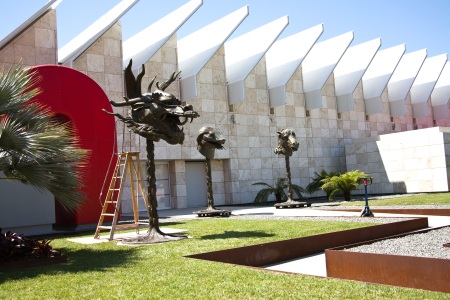 The dragon, snake, and horse stand tall next to the Resnick Pavilion, awaiting the arrival of their zodiac counterparts.

Ai Weiwei’s Circle of Animals/Zodiac Heads opens this Saturday at LACMA. A general admission ticket is not needed to see the work, so come by, take a picture in front of your zodiac sign, and enjoy the magnitude of these brilliant sculptures.

Our annual Collectors Committee event was held this weekend, and the results are in: we’ve just acquired eight new works, from contemporary to ancient times, for the permanent collection. All this week Unframed will be running in-depth blog posts from our curators about each of these artworks, but for now, here’s a quick look at the weekend’s bounty: 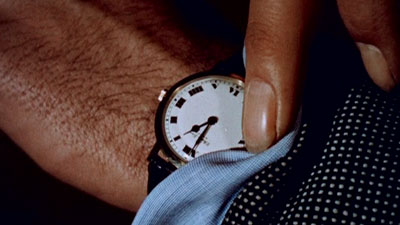 Christian Marclay’s The Clock (2010), a 24-hour single-channel montage constructed out of moments in cinema and television history depicting the passage of time. 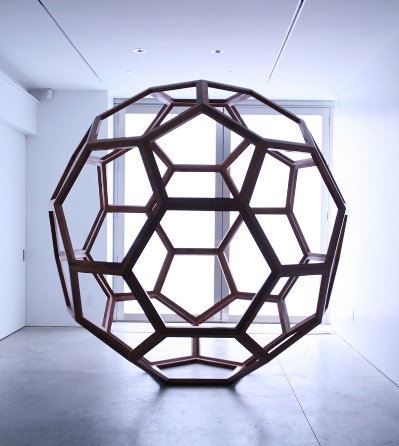 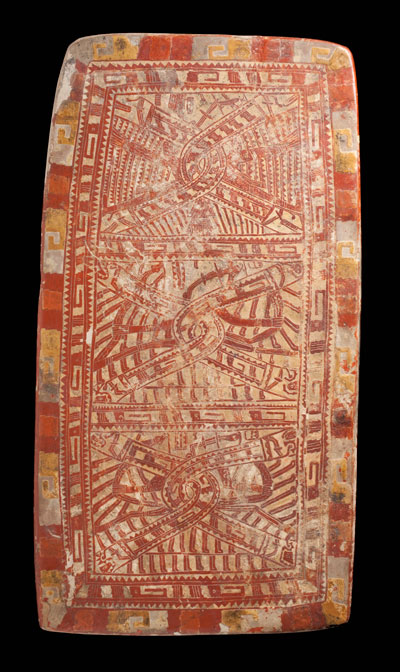 An ancient and richly painted panel (AD 1200-1400), from the region bordering Oaxaca and Guerrero in Mexico, rare in its scale and elaborate imagery.

An ancient, wooden Heian-period Head of a Buddha—one of the finest sculptures of its age and size—from 1000–1050 AD Japan. 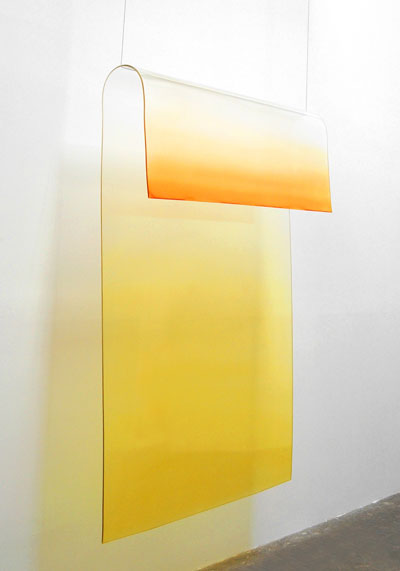 Craig Kaufman’s Untitled (1969), part of the artist’s loop series (ten in total, each a different color), a painted-plastic hybrid between painting and sculpture.

Donald Judd, Prototype Desk, 1978, purchased with funds provided by Kelvin Davis in honor of his brother, Paul Davis, through the 2011 Collectors Committee

Donald Judd’s seminal Prototype Desk (1978)—one of the few pieces the artist made himself—demonstrates the same philosophy about space, geometry, and proportion that characterizes his body of sculpture. 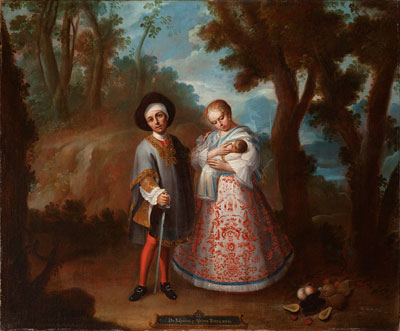 Each year the Collectors Committee gathers for a weekend of events that include a chance to see a handful of proposed acquisitions installed in one of our galleries and to hear LACMA curators give presentations on each artwork. At the culmination of the weekend, the members convene at a gala dinner and vote on which artworks to acquire with funds raised through Collectors Committee membership dues. You can also see what we acquired in 2010 and 2009 through these generous and essential donors.

Stay tuned to Unframed all week for a closer look at each of these objects, starting tomorrow with looks at Christian Marclay’s The Clock and Ai Weiwei’s Untitled (Divine Proportion).